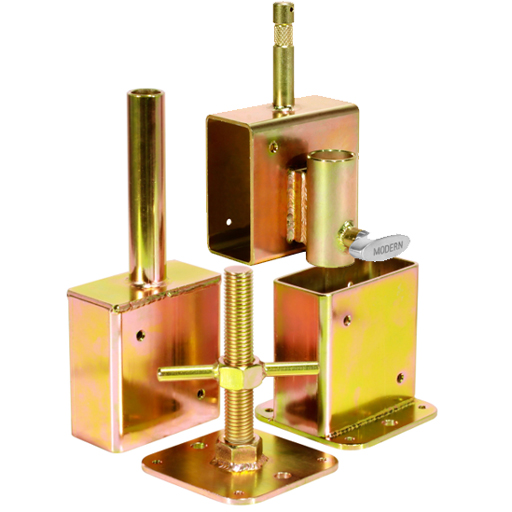 If you need to mount your lights overhead but can't damage the walls or ceiling, this kit is what you need. Pick up a 2"x4" at a hardware store and cut it to a length just shorter than the length of the room. Then use this hardware to push against the walls for a tension hold that will support a variety of lights. One splicer is included for connecting two 2"x4"s together.